Carlo Giuseppe Oddone was born i1866 in Turin. At an early age (probably around twelve years old) he started his apprenticeship in the workshop of Benedetto Gioffredo Rinaldi, a dealer and a repairer of musical instruments in Torino, who had relationships with shops in France and United Kingdom. In 1889 as a result of having worked with Rinaldi, the young Oddone could enter the workshop of Frederick William Chanot in London. His experience there alloed him to learn professional restoration techniques and the style of Stradivari and Guarneri “del Gesù”.
In 1892 Oddone returned to Turin to open his own workshop. During his first few years back in his home town he also made instruments in the white and his early work, altough revealing Chanot’s influence, shows a strong personality and inspiration drawn from Turin. His varnish is of soft consistency and his purfling is usually set quite far from the borders. Oddone’s output remained quite scarse until 1910, he was probably more concerned with repairing and dealing, but after the First World War his production significantly increased.
He’s also rememberd for training Evasio Emilio Guerra. His last violin was numbered 269 and he died in Turin in 1935;

Instrument – The violin, made on a Guarneri ‘del Gesù’ model,, bears an original label dated 1915 and it shows the handwritten production number ‘116’ in the lower left corner.
Its interior shows blocks and linings made of spruce with the linings precisely set into the corner blocks. The firebrand ‘C. ODDONE – TORINO’ is visible in the lower block and the the outside rib joint.
Both archings are quite high (both 16mm.) and full, well carved and gently connected to the borders. The purfling is made of maple. The ‘black’ is stained with a brownish color, it extends far into the corner joints and is much thinner than the white.The scoop of the edge-work is finished with a scraper and creates an elegant border which is inspired by the french violin-making style.
Ef-holes follow a Guarneri ‘del Gesù’ model that has been personally interpreted: the minuscule nicks intentionally cut with a thin knife, the lower palettes are worked with a scraper, the long palette and the small dimension of upper holes are typical of Oddone’s style.
The workmanship of the whole scroll is particularly clean and no toll marks are left. The design of the head and the way the chamfer is finished with black ink show Oddone’s Turin background. The scoop of the rear and of the front was carved before the chamfer work was carried out and the centre-line is irregular; the front look shows a bold peg-box.
The varnish is laid over a golden ground and is of a fine texture and consistency. It is quite thick but soft and transparent. 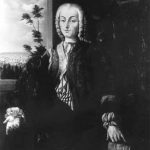 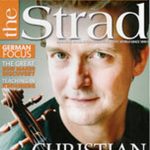