Ettore Soffritti was born in 1877 in Ferrara, a town not far from Bologna in northern Italy. His mother died when he was three. His father Luigi, a woodworker and an amateur violin maker, trained his son in his workshop, and by the age of 15 Ettore could make and repair instruments of the violin family. However, the evidence of his simple and sometimes ingenious work suggests that Luigi was not his only violin making teacher. It is known that Ettore studied violin at the Liceo Musicale of Ferrara (despite his father’s opposition) and it seems likely that he also attended the workshop of Raffaele Fiorini in Bologna and was in touch with Augusto Pollastri, another Fiorini pupil with whom he shares some techniques. Some of his instruments were inspired by the work of Giuseppe Marconcini, a Ferrarese maker of the first half of the 19th century. Ettore Soffritti won gold medals at exhibitions in Brussels in 1910 and in Turin in 1911. During his lifetime he was highly regarded by important musicians in Italy and abroad, and he is considered the founder of the modern violin making school in Ferrara. He trained Ernesto Pevere, Anselmo Gotti, Gaetano Pareschi and Enrico Orselli.

Made in Soffritti’s first period, this cello reveals skilled and careful workmanship and a classical inspiration. Unlike his mature instruments, the borders show an unusual thin purfling and a lighter scoop.

Like many other makers of the Bologna circle, Soffritti used an external mould: the blocks are made of spruce, while the linings are of willow and set in the corner blocks without any mortise. A double purfling is set on the rib joint at the endpin.

The archings are sculpted with great skill and precision. They are round in the centre, descending quite full on the borders of the upper and lower bouts and more hollow on the C-bout.

The f-holes show the influence of Stradivari. They are finely cut; the upper holes are gently chamfered, the upper palettes barely rounded while the lower ones are lightly fluted and cut straight with pointed corners at the hole.

The thin purfling is made of maple and ebony and it is set at 5mm from the edge. The long corners have no extensions, the scoop is almost flat and the borders are well rounded.

The outline of the scroll’s profile is long and elegant. The scoop starts flat and becomes deeper in the scroll’s turns. The eye is evenly rounded and it shows a few pin marks (one in the centre) made during the tracing of the model on the neck block. On the front the turns are slightly undercut, the scribed centre line bears compass marks and the fluting is of medium depth. The scroll gives the impression of fast and secure workmanship.

Applied over a golden base after the fingerboard was already attached, the oil varnish that covers the cello has a delicate texture. 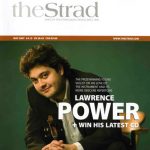 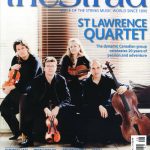