Cesare Candi settled in Genova after training with Raffaele Fiorini in Bologna and today he is considered the master of that school. His decorated instruments, which he made alongside violins, violas and cellos throughout his career, attest to an uncommon ability in carving and engraving.

The ‘f-holes’ of this ten-string viola d’amore are outlined with ebony and ivory, and the ivory rosette is set in a circle of thin, inlaid whalebone purfling. Candi’s usual purfling, three stripes of stained brown maple, can be seen around the instrument border.

The scroll is adorned with carved ebony embossed with ivory pearls descending to the edge of the pegbox, and the chamfer and button are covered with whalebone. It is crowned with a blindfolded cupid, carved from ivory and modelled on the the maker’s nephew, Corrado.

The resonant strings can be accessed via a delicate, hinged coverplate of ebony inlaid with ivory, fastened with a tiny ivory screw. The interior blocks and cornerblock linings are of spruce, as in many of Candi’s instruments, and both plates are branded C. CANDI-GENOVA.

This instrument was not intended to mimic the golden age of the Baroque, but was a fantasy born directly from Candi’s hands and a fine example of Art Nouveau in violin making. 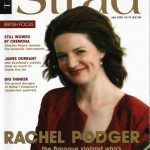 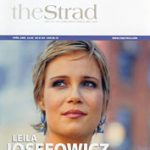